Yesterday I saw an announcement on Beyond Meat's Facebook page announcing a contest called "fanfoodphoto". All you had to do to enter was take a picture of a dish you made using Beyond Meat and use the aforementioned hashtag. The winner with the highest number of votes will receive 1 year's supply of Beyond Meat. If you want to see all the photos and maybe even put in a vote for my dish, here's the link https://www.facebook.com/beyondmeat/app_513983788716425 . This contest served as inspiration for me to re-create a Turkish classic, "Karniyarik", that is a favorite in Casa BEB.

Now, if you haven't heard of Beyond Meat, you are in the majority. Beyond Meat is a company dedicated to creating plant-based meat alternatives that have similar texture and taste to real meat. They launched their Chicken-less strips last Spring and just this past month they launched their Beef-free crumbles. I eat a vegan diet for the animals, for the environment and for my health and well-being. As a result I take pains to read the labels of each and every product that I put into my body. It is for this reason that I don't tend to eat vegan cheeses, meats, or sweets...they can be chock full of bad oils that cause inflammation, tons of sugar, and weird chemicals. I'm not the resident nutritionist--E is, but in my opinion Beyond Meat is the one of the healthiest meat substitutes out there today. 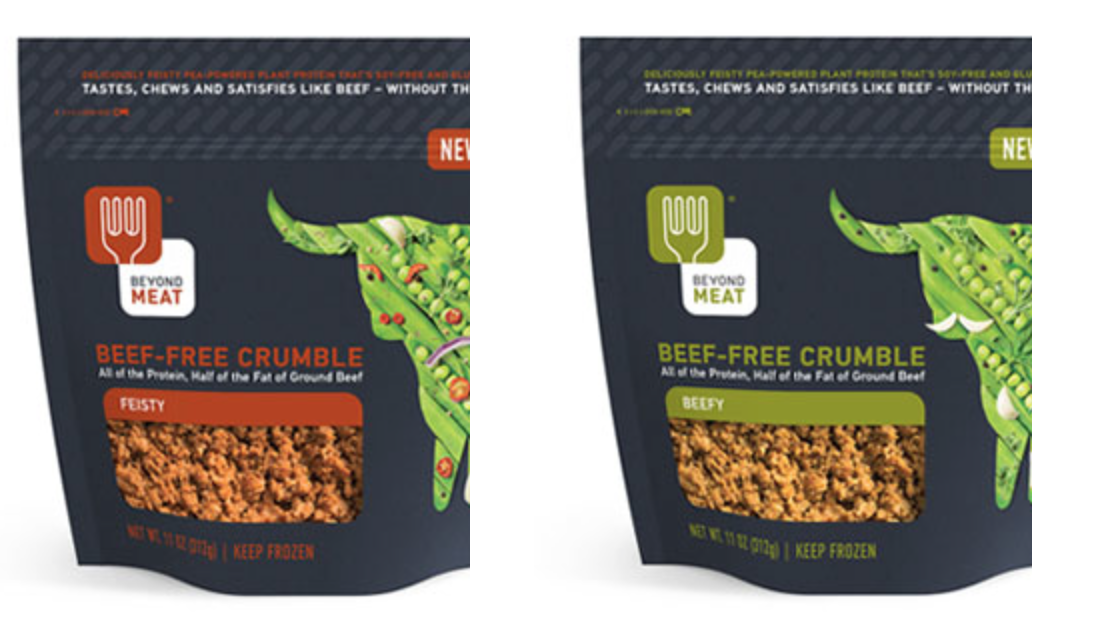 So now that you know what Beyond Meat is, here is how I used it. In the past I have made versions of Karniyarik with TVP, tempeh, and just this past week my dad tried a version with Black Beans. NB: TVP is something I never use anymore because I can't find soy TVP that is non-gmo and not highly processed. The black bean version turned out ok...but it probably wouldn't sit well with traditionalists.

Eggplant arrived in Turkey from the New World when the Ottomans were ruling. The nightshade plant soon became a favorite of the Sultans, and I imagine this is part of the reason why we have so many amazing eggplant dishes in Turkish cooking. The chefs probably wanted to please the pants off of the Sultans and imagined zillions of ways to prepare eggplant. If you don't like eggplant, don't knock it until you've tried it prepared a la turca. You may be very surprised you begin to love something you used to avoid. Karniyarik literally translates to "it's stomach is split". The eggplant is typically fried, but I find preparing it as detailed below is just as good and twice as healthy for you!

2. Take the canola oil and rub each eggplant with oil. Then sprinkle some salt on the eggplants. Put the eggplants in the oven and bake for about 30 minutes. We want to bake the eggplants so that they are cooked through but not dehydrated. 30 minutes should do the trick.

3. Put the onion and the olive oil in a big pan and start to sweat the onions. I usually use vegetable stock to sauté onions, but the flavor of this dish will be less decadent in that case. My dad asked me to use the oil, so I this time I did. Cook the onions until they are translucent but make sure they don't start to brown. Then add in the Beyond Meat. You can add it frozen or defrost and the throw it in, either way it cooks pretty quickly. Then add in the green pepper, tomatoes, parsley, 4 cloves of garlic, and the spices. Cook on low heat for about 15 minutes. 4. Place the eggplants in a Pyrex or similar. Fill each eggplant with the stuffing using a spoon. You can push out the sides of the eggplants to fill in more filling. Just make sure the eggplant doesn't separate completely from the base if possible. My dad taught me to really overstuff the eggplants. 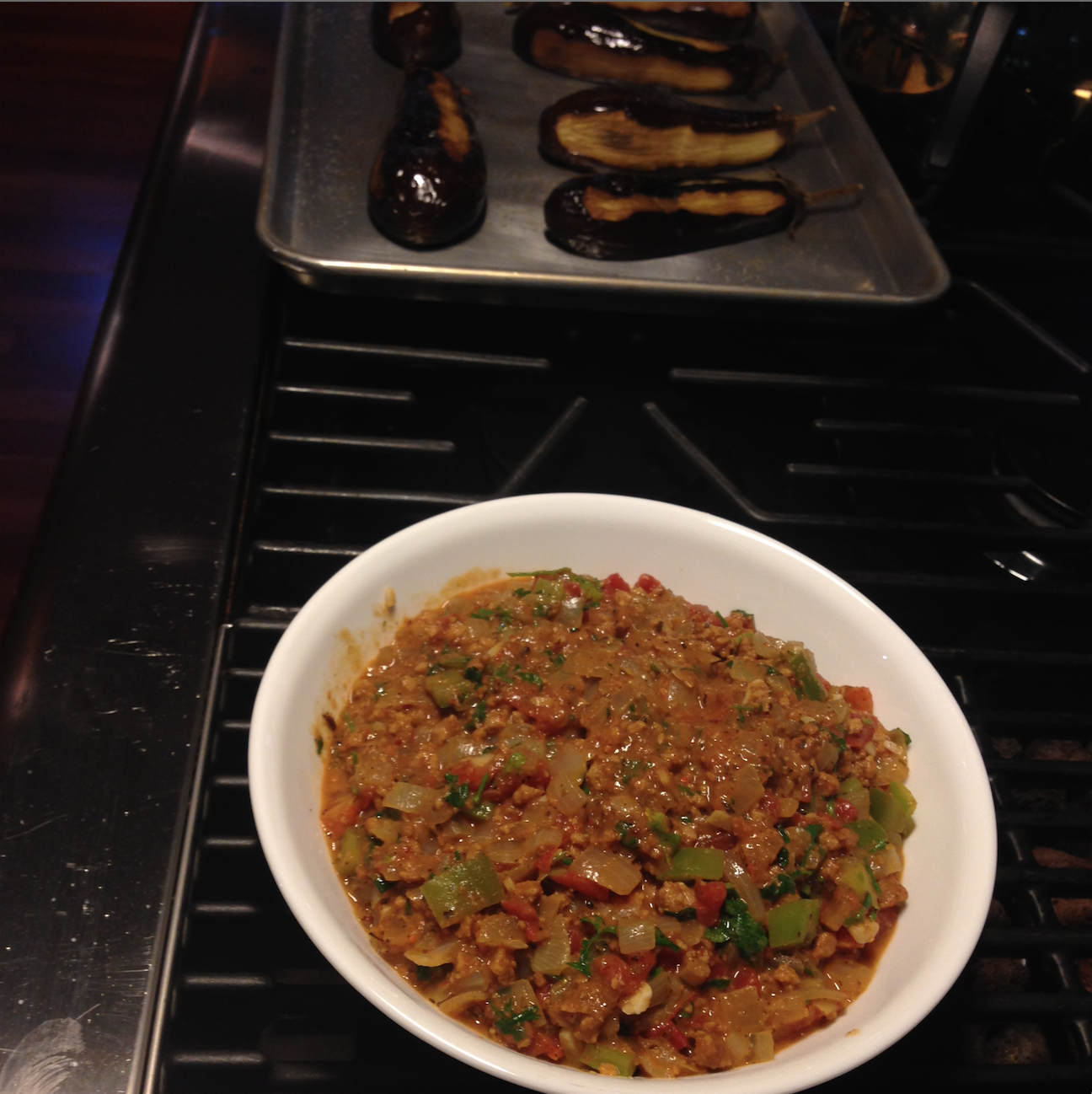 6. Pour about 1.5-2 cups of the tomato paste liquid over the eggplants into the pan.

8. Serve with rice and a Shepherd's salad if you wish to have a fully Turkish meal.